Most people are not familiar with Devils Lake, North Dakota so I will give you some background information. Devils Lake is the largest non-manmade lake in North Dakota. The lake is endorheic (a closed basin). In the late 1800s a ferry ran from Minnewaukan to Devils Lake. A dry climate in the early 1900s caused the water level to drop, and by the 1940s the lake was nearly dry. Since humans have an incredibly short memory roads, buildings, and cities where built on the lake bottom. In 1993 a region wide wet cycle began and has continued on ever since. Even though there have been some dry years the average precipitation has been significantly higher than the long term average. Many of the structures that were built on the lake bottom were lost to the rising water. The exceptions, of course, are those that demanded human intervention which could have been avoided if history had not been ignored. 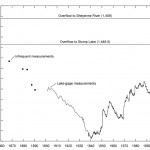 Avoidable major projects.
Dike
Built a dike around the City of Devils Lake which permanently has the pressure of the lake pushing on it and could/will certainly cause it to fail. However, a failure would likely not cause loss of life because the water level should rise slow enough that people will be able to move out of the way, but water would still destroy much of the city.
Roads
Raised Highway 19 at least 4 times
Raised Highway 281 2 times and later forced it to be moved and re-routed ~ 1-3 miles West of original location
Raised Highway 20 and 57 at least 4 times
Raised the Grahams Island Road at least 3 times.
2010 (and likely 2011) Lost countless gravel roads and bridges that have been raised many times.
Cities bought out or relocated:
Forced the city of Churches Ferry to be relocated. (Many of the citizens were paid and stayed in town)
Minnewaukan will likely be partially relocated in 2011

This list should give you a pretty good idea of the situation in the region.

Each of these projects cost the state and federal tax payers millions of dollars, and estimates place total cost on levee system, roads, etc at $ 700-$800 million which does not include agricultural production loss. The number is especially staggering when one considers that the population directly affected by the lake is probably less than 15,000 which is about $50,000 per-person. (Update:  We are approaching 1 billion as of early 2011)

The remainder of this post will focus the existing and potential outlet systems for Devils Lake. The state run outlet system is on the West end of Devils Lake, and was constructed in 2003. The system uses a series of ditches and two (update: four [2010]) large pumps to move the water from Devils Lake to the Sheyanne River which is more than 100ft up hill over the divide between the two drainage systems. The outlet has basically done nothing for the lake level, and it never will because the volume of water that the pumps are able to move is simply insignificant when considering the size of Devils Lake.  The system was expanded in 2010, but even with doubled capacity will have little impact on like level. 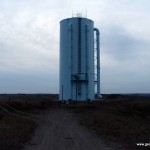 Part of the state outlet system.

This file shows the location of the outlet locations: GoogleEarth File Containing Outlet Locations You will need google earth to open the file

The large elevation difference disappears from west to east. At the east end of the lake (Historically called Stump Lake) there is little elevation difference that divides Devils Lake from the Sheyanne River. There are two obvious outlet channels that the lake has utilized in the past. The current level of the lake is ~1450, but could easily reach 1453 in the spring of 2010. If/When the water reaches an elevation of ~ 1458 above sea level. The Tolna Coulee outlet will become active. If the water flow is uncontrolled it would start to remove the sediment that has been deposited in the channel since the last time the outlet was active, and it could easily cause severe flooding problems down stream. Drill cores have been taken in the Tolna Coulee channel, and tree stumps have been found several feet bellow the surface which seems to indicate that the outlet should already be active, and is only inactive because it filled with sediment since the late time the outlet was active. A simple sweep with a ground penetrating radar should be able to confirm if the actual depth of the channel is great enough that the water should be flowing.

It seems likely that the lake will achieve the required elevation to initiate the outlet naturally, but there is no way that the lake will be allowed to drain uncontrollably. If left unchecked the flow could quickly remove the sediment, and flow could increase to enormous proportions. The cities down stream (Valley  City, Fargo, and Grand Forks) simply can not allow Devils Lake to contribute to already intense spring flooding problems. The logical thing to do is to preemptively build a control system on the Tolna Coulee, and remove the sediment from the old channel so that the lake is allowed to be discharge slowly. The other option is to allow the lake to naturally overflow and face intense local opposition to controlling the outflow. If a Tolna Coulee project is started now that scenario could be avoided and control mechanisms would be better accepted by locals who already want an outlet.  If a new outlet project is started locals may strongly oppose flow restrictions that will need to be put in place a few years down the road.

Articles you should read if you would like to know more.
https://www.dmr.nd.gov/ndgs/Devils_Lake/devils.htm 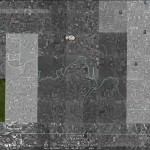 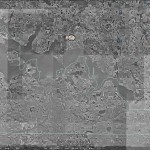 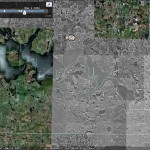 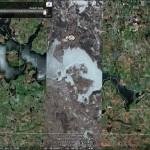 *This post may be edited as I did not address water quality issues, but I may do so in the future
Reference http://www.ci.devils-lake.nd.us/documents/minutes/2009/09-24-09.pdf